Recipients of the Local Hero Awards were honoured at a ceremony held in Dunedin on Monday. https://www.odt.co.nz/news/dunedin/otago%E2%80%99s-local-heroes

Charlotte Aarden was one of the recipients of the 2017 Kiwibank New Zealander of the Year Awards, the 18 winners of the Local Heroes category were awarded medals at a ceremony held at The Petite Fleur. https://www.odt.co.nz/news/dunedin/local-heroes-efforts-marked

Merry Christmas and an awesome 2016

We are wishing all our current and past clients, nursing & midwives, GP, pharmacy and Obstetric team colleagues a merry Christmas and an awesome 2016. Enjoy the holiday season with your loved ones!

This year has been very busy but above all AMAZING and I would like to thank you all so much for that! I’m so grateful for all your support. Whilst continuing to carry out the midwifery job with a lot of love Central Otago Midwives has been able to develop a lot this year:

Next year is going to be at least as awesome! We are welcoming the very experienced nurse/midwife and LC Maria Stanley. Together we will be looking after our clients meaning that our clients will have not one but two midwives providing their care. This year I have been flat out and the demand for our service is growing… to keep it maintainable whilst continuing to improve the maternity care provision in Central Otago that we aspire Maria will be a perfect partner in crime ;)

In 2015 the focus was for the majority on antenatal care service improvement, in 2016 we are going to focus on post natal care:

So… a lot of work ahead with the families in Central Otago as our focus. This wouldn’t be possible without your support. So thank you very very much!!

Charlotte Aarden, with son Walter Driesen, 2, Bruce the dog, and their new addition Lou, a one-year-old black Collie cross found lying on the side of State Highway 8 between Roxburgh and Alexandra on October 24 at 4am: http://www.stuff.co.nz/southland-times/news/73382990/Central-Otago-midwife-rescues-lost-road-side-dog

A swing back to shared maternity care working in Central Otago: http://www.odt.co.nz/regions/central-otago/344271/midwife-and-doctor-join-forces-maternity-care 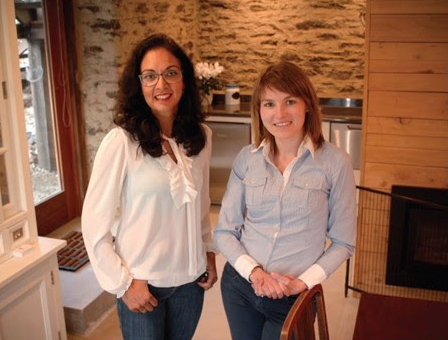 Cromwell GP Pragati Gautama likens her recent teaming up with midwife Charlotte Aarden to provide maternity care as a return to bygone days of shared maternity care. “It’s just that whole swing of the pendulum returning back to the days of team work,” Dr Gau­tama says.

Between them, the pair share antenatal and postnatal care, while Ms Aarden attends most of the deliveries, only calling on her GP colleague if compli­cations arise.

Ms Aarden has worked as a midwife in Central Otago since 2008 and says she has never had as much fun working in mid­wifery as she has since working with Dr Gautama. Pragati and I always got on well together, we are both very much community-focused and want to do what is right for the women,” Ms Aarden says.

The arrangement arose after a midwife moved out of the area, but by working collaboratively with Dr Gautama, Ms Aarden believes she is provid­ing a more holistic service to her clients. Sometimes, problems such as a breast abscess or anaemia arise and by working with Dr Gautama women are able to be treated quickly.

Legislation changes in the 1990s saw GPs move out of ob­stetrics and the rise of midwives as independent lead maternity carers (LMCs). The change was driven by changes to the funding model; whereas previously both the midwife and GP could claim for services provided in the management of a pregnancy, under the LMC approach, essentially only one provider could make a claim. With midwives already managing the labour, it became more common for them to continue the care and deliver the baby, rather than a GP arriving in the later stages to do so.

Dr Gautama acknowledges her new arrangement with Ms Aarden is not based on any sound business model, in fact most of the work she does is “gratis”.

“I’m not doing it because I’m going to get money, but because I’d hate to lose Charlotte.” But she acknowledges it is a “big ask” and that in the long term it may not be sustainable.

The former rural hospital medicine doctor trained in ob­stetrics and gynaecology in 1995 and did a lot of obstet­rics in Papua New Guinea for a couple of years following this. She has also been involved in any complicated deliveries at Dunstan Hospital, in Clyde, but upon moving into general practice in 2009, began doing a small amount of antenatal and postnatal care for her patients, which she really enjoys.

“I think it’s very much about the scope of practice called generalism. That’s what we do as GPs, that’s what we do as doc­tors; it’s always been satisfying doing that level of work and talking to colleagues who have done it previously; they feel the same,” Dr Gautama says.

“What works well for me is good team work. I always work with a team of district nurses and practice nurses and I see Charlotte as a team leader and I’m there to support her.”

Ms Aarden says the history of maternity care in New Zealand is unimportant to her the first priority is what is best for the client and she believes the shared care model is good practice. “It’s all about respect for one another and acknowledging the skills that one another has.”

Ideally, both women would like to see rural GPs funded to help support rural midwives.

NZ Rural General Practice Network chair Sharon Hansen says this is an example of how local innovation and collabora­tion are solving problems rurally, and there are other examples of midwives working closely with general practice.

The funding is problematic, there is work to be done before the funding model supports the kind of service that Pragati and Charlotte are providing.

We were recently featured in the Otago Daily Times, you can read the full article here: http://www.odt.co.nz/regions/central-otago/344271/midwife-and-doctor-join-forces-maternity-care